Share a memory
Obituary & Services
Tribute Wall
Donations
Read more about the life story of MaryAnn and share your memory.

MaryAnn Pazianos Satryb of Palm Harbor, Florida, died peacefully on December 6, 2022, surrounded by family. She joined her beloved husband of 49 years, Bernhardt “Bernie” Louis Satryb, who predeceased her a year ago in 2021. Endlessly creative, generous, and engaged with her community, MaryAnn was born in Manchester, CT on December 21, 1928, the first of three children of George and Anna (Kopteros) Pazianos. She graduated with honors from Manchester High School in 1946 and attended Endicott College in Beverly, MA. She married Bernie in 1972 and remained in Manchester, where she did bookkeeping work for a construction company until retiring to Florida. She was passionate about horticulture and served as president of the Manchester Garden Club for many years. During retirement MaryAnn and Bernie gave hundreds of hours as volunteers at Mease Hospital in various roles, including president of the auxiliary, management of the gift shop, and many charitable endeavors. She was dedicated to preserving family history, and in 2015 established the George Manuel and Anastasia Kopterou Pazianos Collection at the National Hellenic Museum in Chicago IL, a collection of items from the Pazianos family, originally from Lesvos, Greece. She is survived by her sister, Artemis P. Willis, her sister-in-law, Joyce B. Pazianos, her niece, Artemis B. Willis, and her nephews, Gardiner F. Willis (Elizabeth) and Gregory G. Pazianos.  She also leaves two grandnieces, Caroline and Gardiner Willis, and many cousins and friends, young and old. There will be a Funeral Service on Tuesday, January 10 at 11am at St. George Cathedral, Hartford, CT, followed by a burial at East Cemetery, Manchester, CT. Holmes-Watkins Funeral Service is handling arrangements. Donations in her memory are suggested to the George M. and Anna G. Pazianos Memorial Scholarship Fund at Manchester High School, 134 Middle Turnpike E, Manchester, CT 06040 or St. George Greek Orthodox Cathedral,  433 Fairfield Avenue, Hartford, CT 06114. 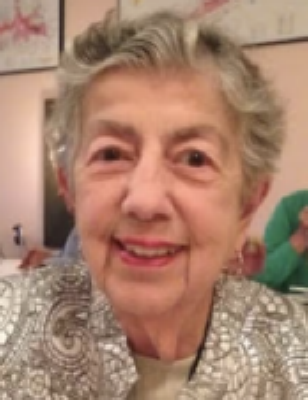