Share a memory
Obituary & Services
Tribute Wall
Donations
Read more about the life story of John and share your memory.

John D. Queen Jr., “Skip”, 83 of Hebron passed away at home, Thursday, January 5, 2023, surrounded by his family.  He was preceded in death by his wife of 54 years, Joyce (Lyman) Queen.
Skip was born April 6, 1939, son of the late John and Virginia (Benard) Queen and lived in Hebron since the early 1940’s.  He grew up on Amston Lake and had fond memories of walking the train tracks that ran through town, rummaging around the distillery, jumping off the balcony of the mansion that his friend’s father took care of during the winter and taking cars out on the ice of Amston Lake.  Skip loved cars and had an MG in the 1950’s which was a catalyst to the 1966 Cobra he bought in his retirement.  He loved the sound and speed of a sports car and could often be seen cruising around town in his Cobra.  After graduating high school, Skip joined the Pratt and Whitney machinist apprenticeship program.  This led to his career in the machining industry and the ultimate founding of his own business, Highland Manufacturing in Manchester, which he and Joyce ran for 25 years.   Skip was proud of his Scottish heritage and played the bagpipes with the Manchester Pipe Band in the 1970’s.  Skip and Joyce enjoyed spending time fishing and camping on Nauset Beach, Cape Cod where life long friendships were made.  He was a long-time member of the Massachusetts Beach Buggy Association and we have fond memories of him playing bagpipes on the beach.  After his retirement, he volunteered at the Mystic Seaport and took up woodworking and made beautiful furniture which will become family heirlooms.  Skip could make and fix anything.  Family traditions such as a Sherry toast on Christmas Eve, 3rd Sunday suppers and celebrating Robert Burn's Night were important to him and will be carried on for generations to come.
He is survived by his four children, Stacey Whitney and  husband John of Lebanon, Shelly Vendrillo and husband Jay of Hebron, James “Jay” Queen and wife Sandra of Hebron, and Christian Queen and wife Holly of Glastonbury; eleven grandchildren, Jolene and husband Roy Eggers, Patrick, and Jamison Whitney; Cody Vendrillo and girlfriend Ciara Vecchiarino, Nick Vendrillo; Jocelyn Queen, Matthew Queen and fiancé Emily Sheehan, Seamus Queen;  Rileigh, Kelly, and Reagan Queen; his sister Bette Queen of Mexico, and his brother in law, James Lyman and wife Cheryl of Hinsdale, MA, and numerous nieces and nephews. Besides his wife Joyce and parents, he was predeceased by his sister, Ginny Queen.
Calling hours are Saturday, January 21st from 1PM to 3PM at the Manchester Funeral Home, 142 East Center Street, Manchester. A memorial service at the funeral home will be held with a reception to follow. 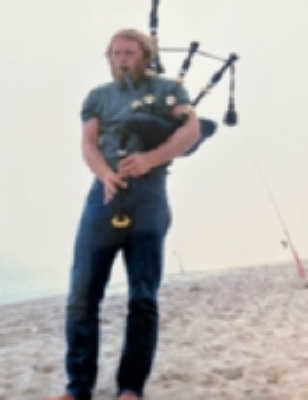